It’s been a hot minute since my last published blog post…entry…what have you…and I believe there are three main reasons for my long absence:

The first two are just cop-outs for my laziness in wanting to watch TV in my sweatpants at night rather than spend more time in front of a computer screening writing. However, the last one is a real issue…one that I can’t move on from until I recognize and admit it.

I haven’t blogged in over 220 days…all the way back on December 7, 2015. In fact, there were only 16 posts publish during the entire 2015 calendar year! I know, because I counted them all…because there were so few of them to count 😦 So here it is: me recognizing and admitting that from here on out things probably won’t be so chronologically accurate on LiP. If any length of time greater than one week passes between posts, just assume things happened.

…a ski trip, the daddy-daughter dance in February…the winter was a slow, steady march towards bonfire (and s’more) season.

But now that spring has come and gone and summer is here in earnest, we’ve quickly made up for lost time.

Big news as of late: we finished our basement! Well…had it finished, to be more precise. We spent the waning winter months this year planning our space and then the entire month of March getting bids, and by April 1st things were off and running…quickly.

With practically our entire foundation footprint to work with, we managed to pack a lot in our previously exposed concrete sublevel: a kitchenette, 3/4 bath, two bedrooms, and a huge main living space for party-hosting, movies nights, and games.

With (thanks to Pinterest) a few fun embellishments along the way. Oh, and a three-tap, through-the-wall homebrew draft system…which we’re pretty stoked about.

It’s almost a right-of-passage in Iowa that finishing one’s basement is the family man’s duty: the planning, the building, the wiring, the plumbing…which, honestly, was a challenge I was willing to accept. I mean, my father in law built an entire house for his family to live in, for Pete’s sake…I have big expectations to live up to!

All kidding aside, thanks to the lower cost and sense of accomplishment that comes with it, the DIY was something we considered for quite some time. But as I started to plan my attack, the further away from reality that vision seemed. Not only would it take twenty five times longer on my own while constantly second guessing every cut made and nail driven…but let’s get serious: every time I even pick up a tape measure I have four little helpers by my side. I can’t imagine their interest and curiosity of a full scale construction project. Plus I’m gone 8-10 hours each day, and setting aside even more time “away” at nights and over weekends just wasn’t something I was willing to commit to.

And considering that our contractor made more progress (AKA: finished) in six weeks than I could have in six months, or even six years, I’m feeling just fine our decisions.

Plus, did I mention the tap wall?

As if that wasn’t enough, the Easter Bunny made a very memorable visit (way back in March…why so early this year, Easter?) and delivered 12 new friends for the girls to play with:

Chickens! TWELVE (12) chickens, to be more precise. First we have made a special spot for them in our garage…

(Why yes, that is a plastic baby pool filled with wood chips covered by old bed sheets and heated with a lamp suspended from the ceiling 😁 )

However, they soon grew large enough to live outside in a brand new Chicken Tractor we can move to either on our property or at the Florer Farm across the street…and now, in just a few short weeks, they should be delivering fresh eggs for our breakfasts.

No promises yet, but we should have plenty to spare once they really start producing…let me know now if you’re interested! Then while you’re here, we’ll give you some apples, pears, and home brew from the wall as well.

Hard to believe it, but we’re now living with three six-year-olds and a four year old!

What happened to our tiny little babies?

In lieu of birthday gifts this year, we opted for season passes to our local amusement park Adventureland. Not the movie, the actual place 😉

Missy and I were fortunate enough to partake in not one, but two weddings earlier this…so a quick shout out, virtual warm hugs, and hearty congratulations on the nuptials this past spring to a few of our closest friends!

Selfishly, it has given Missy and I great change to look back and reflect on our own ten years together and then (hopefully) pour out some love & knowledge onto these two amazing couples as they start their own lifelong journeys together.

For as crazy as our winter & spring has been, we’ve doubled down and have been on the go since . While no east-coast beach trip is planned (yet?), our calendar has been filled up with dance recitals…

…and lots of brunch at La Mie, apparently…

…all culminating with a big week in Tennessee come September for my little brother’s wedding!

Missy and I also celebrated our ten-year anniversary this summer with a trip to {drumroll please}…Decorah (!!!), home of the famous eagles, Norwegian Heritage Museum, and a world-renowned brewery.

With the basement remodel happening this spring, we stayed local, saving some cash and taking just a short getaway rather than jet-setting to some far off locale, which in all seriousness we were pretty excited about. Northeast Iowa is unlike any other part of the state and we wanted to hike, bike, paddle, and explore it all for ourselves. Plus we rented a 500 SF cabin overlooking a river valley….

…and as I’ve mentioned elsewhere: while it wasn’t Sandals Aruba or Las Vegas, it was still magical. And it was exactly where we needed to unwind and recharge in the middle of this busy summer.

That’s all the things, for tonight at least. Don’t hold your breath for another fresh post very soon…but until then, follow us on social media for your Hardinge Family fix 🙂 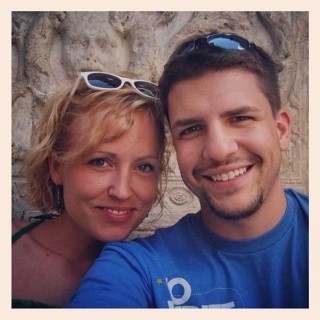 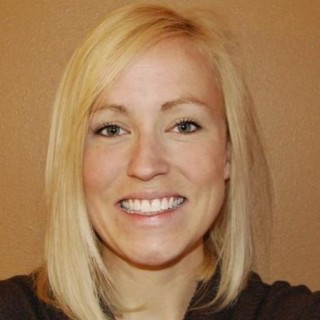 I am a Christian farm girl married to the best man in the world and have four beautiful daughters that keep me very busy!